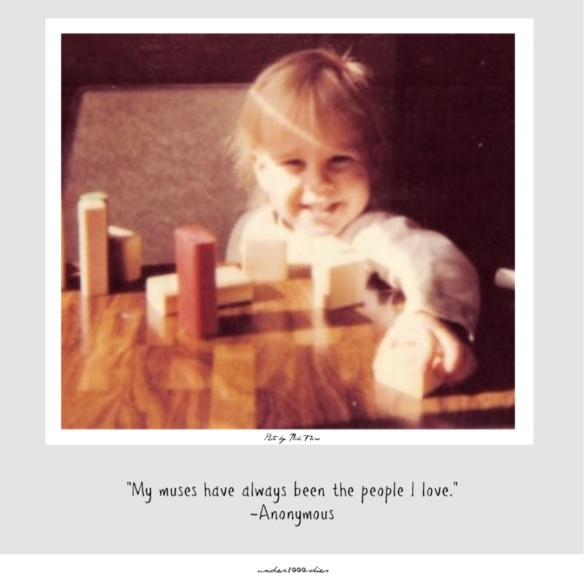 I recently rekindled an old romance, a passion born when I was no more than a girl.  I was given a tiny “pocket camera” for my 11th birthday.  Every spare bit of money I earned working for my grandmother as her office assistant went to buying and developing my photos.

In highschool, I joined the Photography Club.  When I learned we needed money for photography equipment, I came up with what I thought was a brilliant idea.   I made dozens of posters and put them all over the school.

It would have worked, too.  We had several contracts for “hits” before one of our “subjects” complained.  The photographer was supposed to get the subject of the photo’s permission first without revealing who was doing the hiring.  This one particular time, the photographer was late for band practice (me) and just fired off a bunch of shots of the “subject” at football practice.  I delivered the photos as promised and we got more money for our club.  Wonderful right? Not quite.

The contractor apparently defaced the photos and “re-arranged” the subject’s face, then prominently displayed her new “art project” in the cafeteria.  I had no way of knowing there was bad blood between them, so I got in a bit of hot water.  The photos (and negatives) were destroyed,  and life went on.  End of our budding money-making endeavor.

Years later, as a new mother, I had a different subject and spent many happy hours filming her:  My first child. The days of a brand new mother seemed almost endless due to terror, lack of sleep and absolute wonder at this creature who was dependent on me for everything.  Every day it seemed she changed, and I captured it all.  Yet, there were days when I would spend hours playing with her and forget to take a single photo. Some photos were comical, as when she pretended at six months to read with a seriousness that would have convinced the Academy.  Some just made me breathless with joy and amazement at this gorgeous little miracle in my life.  With every child, I felt that same breathless wonder (and only a bit less terror).

Other photos I took over the years…

Photos are important to everyone with a muse — parents, lovers, friends — and we are inspired with new muses all the time.  Yet, because life tends to become more and more complicated the older we grow, we’re also apt to have less and less time to enjoy this delightful craft and actually capture our muses — that is unless we make the time for it.

This morning while sharing an O’Keefe quote, I was reminded of her romance with her husband Stieglitz.  He took hundreds of photos of O’Keefe and found so much inspiration in her face and form.  I combined some of her paintings with some of his photos several years ago and the result was a delight to me.  She inspires me in many ways, not least of all in her courage to live her life with passion despite overwhelming fear.

“I’ve been afraid all my life…terrified! But I never let it stop me.  Never!”  -Georgia O’Keefe 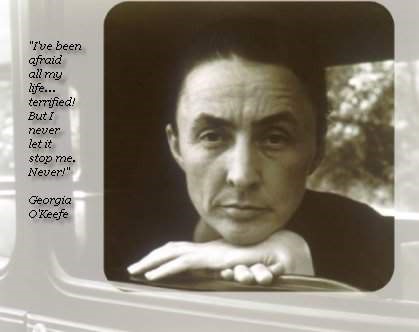 Lily by O’Keefe; O’Keefe by Stieglitz

Recently, my friend Eric gave me his father-in-law’s old 35 mm.  It has rekindled my passion.  Two friends (who also love photography) and I are talking about doing a series of blogs and photos called Under 1,000 Skies. It is now on Word Press and about to be launched.  If interested in joining our endeavor, please let me know.  Every day for a year we’ll take photos as often as possible and submit two or three a day to a blog.  By the end of the year, we should have over 1,000 photos taken Under 1,000 Skies by three (and hopefully more!) people over 365 days.

Who are your muses?

We decided instead to go another direction with under1000skies. =)

Check out our new page, “Free Quote Cards” inspired by Mindy and Rajni’s collaborations and by a host of other cool and creative folks on KindSpring.org (where creativity meets compassion).