Nicole is one of our top-contributing photographers to under1000skies.org since Year 1.  She’s also the co-author of The Kindspring Eowyn Challenge.  Nicole wrote the walking-on-Earth part of the challenge because of her expertise with Wild Dream Walks.   I wrote the Middle Earth part of the challenge because of my love of all things Tolkien.  I’m rewriting my part.  It’s set to begin again later in the year.

There are 17 walks through Middle Earth.  The walks are based on Karen Fonstad’s Atlas of Middle Earth.  I discovered the Eowyn Challenge website in 2006.  (I really hope to meet the creators some day.  They are brilliant. I’m so grateful for this wonderful resource.)  Since then, I’ve nagged, cajoled and pleaded with everyone I know to do one of these walks with me.  Some of my friends agreed. That year I started illustrating each of the 100-300 milestones on each of the 17 walks with photos (the very first Gems maybe). =)

Meanwhile, I worked to get an app made that would track steps on Earth and Middle Earth. I discovered that the Tolkien family is very, very particular about who can access their copyrighted material.  And I didn’t have the money to pay a programmer upfront anyway.   I hope someone can figure this one out, someday. Wouldn’t that be epic?

The first Eowyn challenge I hosted was on The Guid Morrow Club initially, from 2006 to c.2008; then Transformation.com, c.2009-2011.  (Both sites are gone now.)  Then, when The Hobbit was released in 2012, I held a huge contest on Facebook from March until December 12, 2012, Premiere day.  It was such a blast. I’m so grateful I got to walk with all these marvelous and interesting companions over the years. 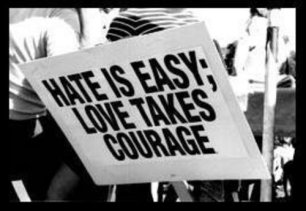 I kept the Facebook group going off and on from 2012 – 2015, but (probably much to the frustration of the group members) I kept leaving Facebook due to (I. Can’t. Even.)  <– Isn’t that what the kids say these days?  I’ve got a list from A to Z.  Mostly Z.   I loved the group, and I wanted it to keep going even if only one person was active.  I left some family members on as admins so that nothing got deleted.  I had 17 pages of graphics to support our group and to illustrate each of the 17 walks.  This way, anyone who was doing the walk anywhere — even those not in our group —  could tag a photo to their feed and share it with their friends.  One day I discovered, (while I was still a FB member) that all 17 pages of content with hundreds of graphics had been deleted.  I’d been given no notice but I had no recourse.  The pages had been up for years. Of course, I understood the reason.  I hadn’t gotten permission to use anything.  I naively thought that if I wasn’t selling anything, no one would mind.  Not so.  I learned.  Always get permission. Always cite.

I decided to start over using my art/photos or the contributed art/photos that friends shared with permission.  In 2015 Nicole helped me kick off the First Annual KindSpring Eowyn Challenge.  Each of those Milestones was featured as a Gem during those weeks. (Gems 1.16 to 1.133).  Each Gem used friends’ photos, mine or public domain.  It went so well.  Nicole co-hosted and when the 21 days were up, I planned to keep going here on under1000skies until the walk was done at around Day 28.

Then, Technical Difficulties.  Frustrating but, life happens.  I bagged it and said we’d have it sorted by next year, same time. Hobbit Day, 2016.

On March 2, 2016, Ben disappeared.  Life happened again, full speed downhill face first.  Those first several months are a blur.  I collapsed, was hospitalized, required ER surgery and slowed way down.  During my healing, I tuned into an internet interview that changed my life.

On October 8, 2016, I heard Elle Luna on Awakin.org  Elle invented #the100dayproject for The Great Discontent.  I was shaking but called in when they asked for caller questions. I can’t remember what I said, but it was mostly about burying my art and stories for years, never feeling like I could share them.  Elle invited me to try my own 100-day project and, in front of her and hundreds of callers, I promised I would. I joined Instagram the next day using the name Tizzlovesrowdy (since I love having Rowdy with me, always). =)  Elle said the best way to start was with a post about my project and the hashtag #the100dayproject.  That hashtag would be included every day.  That’s when I learned about the magic of the hashtag.  It’s amazing. It connects you instantly to people who love the same things you do.  Elle also said that people often start their projects at different times and that all were not necessarily about art. Some were cooking, photography — anything that fed their souls.  She said it can take as little as 5 minutes a day or more if time.  The deal was to not stop for 100 days.

I did it.  I was so proud not to miss a day, and those 100 days helped heal my heart.  I met beautiful people, and I’m still there, sharing Gem videos now. It was amazing. I started in late October 2016 and finished 100 days later in 2017.  Then I started another 100dayproject in 2018 using my own art/photos for the Bag-End-to-Rivendell walk with Bilbo.   I got to about day 80 with that one.  I don’t have many to go before that walk is finished but I didn’t finish within the 100 days at that time. It was still fun!

So, here we are today.  You’re invited to the new 21-Day Eowyn Challenge:  “Walking through Earth and Middle Earth.  Come now for the gratitude lists on the thread.  Stay as long as you like or until it’s ready to be launched.  If you love Tolkien, hobbits or Middle Earth, walking, fun, friends, songs, poetry and/or great conversation, I think you might really enjoy it.

I love this quote today by Nicole. It’s in my email and forum signatures with a gif I love:

Find your pack. Love them hard.  Because life is short and sometimes they disappear:  Missing Benjamin.

Thank you, Nicole. Love you dearly.